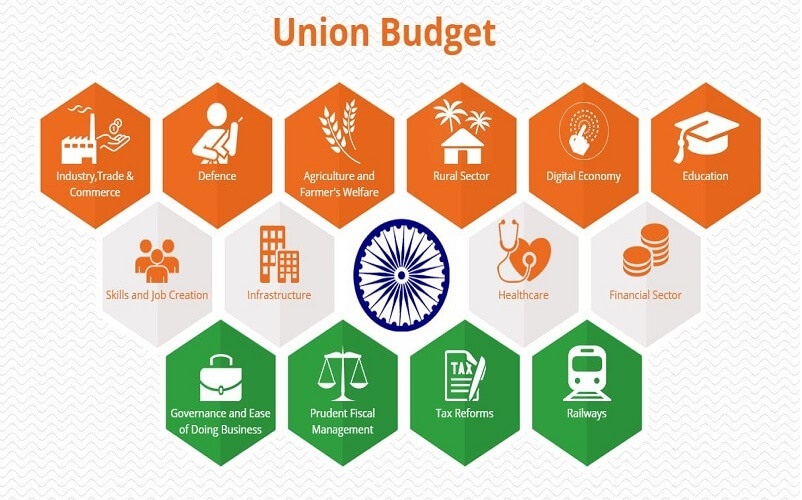 The Interim Budget, 2019, presented by the Union Finance Minister, Mr. Piyush Goyal, is a progressive budget for small taxpayers and real-estate sector. The proposals made in the interim budget would provide immediate relief to small taxpayers and incentivize the salaried taxpayers, who have continuously been hailed as the most honest taxpayer The incentives proposed for the taxpayers would be beneficial both for revenue and taxpayer.outgoes and the revenue would get the opportunity to reduce its administrative cost. Low-income groups and senior citizens generally have pension income, interest income and rental income. The budget has either extended the tax benefits or reduced the compliance burden in respect of all those incomes. When Government intends to keep the small taxpayers out of tax ambit, it saves enormous amount of interest that it eventually pays on the tax refunds as well as earns their goodwill.
Stating that India has enjoyed the best phase of macroeconomic stability and has been recognized as a bright spot in last 5 years, Union Minister Piyush Goyal assured that “we are poised to become a 5 trillion dollar economy in the next 5 years and we aspire to become a 10 trillion dollar economy in the next 8 years.”

Income and Taxation
Tax Rebate
In order to reduce the tax burden on taxpayers, it is proposed that individual taxpayers with taxable annual income up to INR 0.50 million will get a full tax rebate. The relief under Section 87A is proposed to be increased to INR 12,500, which shall be available to those resident individuals whose total income does not exceed INR 0.50 million during the Previous Year 2019-20.

Salary
The limit of standard deduction for the salaried taxpayer has been increased from existing INR 40,000 to INR 50,000. This benefit shall be available to salaried persons and pensioner. Interest on Deposits Threshold limit for deduction of tax from interest (other than interest from securities) paid or payable by a banking company or Co-operative bank or Post office is proposed to be increased from INR 10,000 to INR 40,000.

Income from House Property
A taxpayer can now claim that he has two self-occupied house properties. Consequently, deduction with respect to interest on borrowed capital can be claimed with respect to both the houses. However, the aggregate monetary limit for the deduction would remain same, i.e., INR 0.20 million.

Capital Gains
The Finance Bill, 2019 proposes to extend section 54 exemption for investment made, by way of purchase or construction, in two residential houses provided the amount of capital gains does not exceed INR 20 million. However, the assessee can exercise this option only once in a lifetime.

Commerce and Trade
Agriculture
Reiterating the commitment to double farmers’ income by 2022, the government announced the PM Kisaan Samman Nidhi Yojana for small and marginal farmers. Farmers having up to 2 hectares of lands will get INR 6,000 per year, in three installments, to be transferred directly to farmers' bank accounts. The first installment of INR 2,000 will be given to farmers soon. This farmer package will cost the government INR 750 billion and is expected to benefit 120 million farmers.

Unorganized sector
The government also announced a mega pension scheme for the unorganized sector. The scheme will be called PM Shramyogi Maan Dhan Yojana. The pension plan is worth INR 5 billion and is for those earning below INR 15,000. Beneficiaries will get an assured monthly pension of INR 3,000 after retirement. Workers will contribute INR 100 per month on joining. This scheme is expected to benefit 100 million workers. Meanwhile, the ESI cover limit has been increased to INR 21,000. The minimum pension was also increased to INR 1000.

Railways
• The Railways gets INR 645.80 billion in this Budget. The operating ratio is expected to be 98 percent.
• The capital support from the budget for railways is proposed at INR 645.87 billion in 2019-20 (BE).
• The railways’ overall capital expenditure programme is of INR 1586.58 billion.
• The people of North East have also received significant benefits of infrastructure development. Arunachal Pradesh came on the air map recently and Meghalaya, Tripura and Mizoram have come on India’s rail map for the first time.
• The allocation for the North Eastern Areas is being proposed to be increased by 21 percent to INR 581.66 billion in 2019-20 over 2018-19. Digitization
• Stepping up the pedal on digitization, the government announced aplan to set up 0.1 million digital villages in the next five years.
• The government now aims for 1,00,000 digital villages in the nextfive years.
• The number of mobile manufacturing companies increased from 2to 268 in past five years, thereby generating more jobs in India.

Wages, salaries and pensions
• The New Pension Scheme (NPS) has been liberalised.
• Maximum ceiling of the bonus given to the labourers has been increased from INR 3500 to INR 7000 per month and the maximum ceiling of the pay has been increased from INR 10,000 to INR 21,000 per month.
• The ceiling of payment of gratuity has been enhanced from INR 1 million to INR 3 million.
• The Employee's State Insurance (ESI) cover limit has been increased to INR 21000 from INR 15000 per month. Micro Small and Medium Enterprises
• A scheme of sanctioning loans upto ‘INR 10 million in 59 minutes' has been launched. GST-registered MSME units will get 2 percent interest rebate on incremental loan of INR 10 million.
• 25 percent of sourcing for government projects will be now from the MSME sector, of which three percent will be from women entrepreneurs.
• MSMEs can now sell their products on the Government eMarketplace (GeM), a one-stop-shop to facilitate online procurement of common use goods.
• The government announced that businesses with less than INR 50 million annual turnover, comprising over 90% of GST payers, will be allowed to
return quarterly returns.

Education
A national programme on artificial intelligence has been envisaged by the government to harness the benefit from new age technologies in identified areas, which will be catalysed by the establishment of the National Centre of AI as a hub along with centres of excellence. Nine priority areas have been identified for the same. The Union Minister added that a national AI portal will be developed soon.

Other announcements
• A Welfare Development Board will be created for nomadic and semi-nomadic community. A Committee under NITI Aayog will be formed to identify these committees
• National artificial intelligence portal will be developed soon
• To promote “Make in India” campaign, the Finance Bill, 2019 rationalizes customs duty and procedures. The Custom Duty has been abolished on 36 Capital Goods.

For more information Click here
Posted by Dhiraj Sharma at 02:31